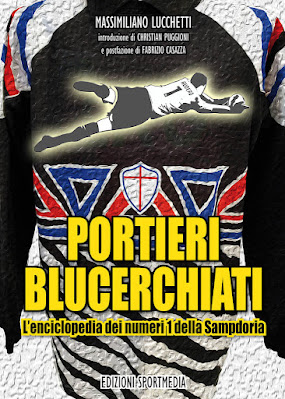 WHEN CALCIO RULED THE FOOTBALL WORLD - A PERSONAL JOURNEY

When Calcio Ruled the Football World

My introduction to the World of Soccer occurred during the 1982 World Cup.

As the months passed my interest grew stronger and stronger.

I was still unexposed to the world of club soccer, however, in the months following the World Cup and into the Fall I started paying more attention to club matches shown on Television, as well as highlights of matches shown.

More often than not these involved the English, West German, Dutch, Italian, French and Spanish Leagues.

I was slowly able to match the names I had learned during the World Cup with the clubs they played for.

To my amazement I learned of a team named Juventus that not only practically contained every Italian National Team player that I had learned over the summer (Zoff, Gentile, Scirea, Cabrini, Tardelli, Rossi), but also France’s Michel Platini and Poland’s Zbigniew Boniek.

To me it seemed unreal that so many national team players were all in one club.

By springtime my interest had developed to such a point that I started buying specialized Sports magazines to follow the teams and the scores.

In the days before wall to wall Television coverage and the internet, the ritual of waiting every week in anticipation to get the latest local Sports Magazine to get the scores and news would remain with me for the decades to come passing through different countries.

Again the bulk of the coverage was on the top European Leagues and I was slowly discovering that the Italian Serie A was THE Top League with the most prestige and stars.

I became a fan of Juventus due to the fact that I actually recognized most of the players.

By the time I started actively following scores and table positions, the season was in full swing and past the halfway mark. By this point AS Roma were League leaders on their way to claim their first title since 1942.

The team behind them was a surprising newly promoted team called Verona and Alessandro Altobelli’s Internazionale Milano (In print the team was always referred as Inter Milan).

Again I was surprised to learn that West Germany’s Hansi Muller that I had discovered during the World Cup was playing for Inter.

Juventus were a distant fourth and were by all accounts having a poor season.

However, a victory vs. League leaders AS Roma (2 to 1) changed things around and from then on Juventus started winning match after match with Platini in superb form.

They overtook Verona and Inter and established themselves in the second position, but their deficit over Roma was too great to overcome and Roma deservedly won the Serie A title.

In the years to come I would learn the names of key AS Roma players such as Roberto Pruzzo, Sebastiano Nela and Agostino di Bartolomei, but for now their names were still foreign to me as I was still familiarizing myself with this newfound interest and back in those days magazines just printed the scores and not team lineups.

I did not even know any coaches at the time, but soon enough the names of Nils Liedholm and Giovanni Trapattoni would be familiar.

Juventus did gain some consolation by winning the Italian Cup at the expense of Verona. But in time I would to learn the unimportance of this competition with matches played before the season had started and the Final (two legged) played after the League season had ended.

One thing was sure, Juventus was going to be my club to support in Italy and I could not wait for the following season (1983/84) to start.

The 1983/84 season was the first Football season that I followed from the start as a knowledgeable fan (as knowledgeable as a 10 year old can be).

By now, I was familiar with the various European Leagues and the players and the differences associated with each.

During that summer offseason, a friend of the family who was leaving the country left me his possession of Sports magazines (it was called ‘Donyaye Varzesh’ (World of Sports)). This collection stretched back to the 1980/81 season.

I spent those summer months reading the magazines and like a sponge absorbed the information with great interest and caught up with the last few seasons.

With the new Serie A season on the horizon, Juventus were in a confident mood due to their positive run at the end of the previous season, with Platini at his zenith.

Captain and Inspirational goalkeeper Dino Zoff had retired and Roberto Bettega had left the Serie A for Canada’s Toronto Blizzard in an act of pre-retirement.

The rest of the squad was intact that still included five World Cup winners.

Both teams were the title favorites with AS Roma also eyeing the Champions Cup, with the Final to be played at their home stadium.

I was also made aware that the defending League Champions played the following season with a small Italian Flag on their jerseys.

I had noticed that on Juventus’ jerseys the previous season, without realizing its significance. But this season it was AS Roma that had the Italy flag on their shirts.

Another novelty was the promotion of AC Milan, the neighbors of Inter. I had been unaware of them up to that point since they were in Serie B the previous season. Soon enough I would learn of their history and special place in Serie A and would learn of Baresi and Tassoti who would achieve European glory before the end of the decade.

The talking point of the pre-season was the transfer of Brazilian superstar Zico from Flamengo to Udinese. At the time I was puzzled a player of his stature joining a modest mid-table team, but little did I know of the World of Football Finance. Not realizing that he was paid like a king to join such a club.

Young Danish Sensation Michael Laudrup was loaned from Juventus to Lazio, although at the time I was unaware of the loan deal.

Former Watford striker Luther Blisset joined newly promoted AC Milan, but he would endure a nightmare of a season.

Ajax Amsterdam and Dutch striker Wim Kieft joined Pisa and would soon learn the difference between the free scoring Dutch League and the defense oriented Serie A.

Scottish striker Joe Jordan was traded from one Italian club to another (AC Milan to Verona).

Just like the previous season, I continued my routine of getting the local Sports Magazine on a weekly basis and trying to catch as much Television coverage as possible.

Essentially most fans were glued to their Television for a weekly sports program broadcast on Friday nights that along other sports also showed European League highlights and goals.

Juventus and Roma started the season confidently and topped the League from early on.

Platini was in sensational form and Paolo Rossi seemed to be discovering his scoring touch.

Juventus broke free from the chasing pack on Matchday 13 and would hold on to the League lead despite resistance from Roma.

Zico’s transfer to Udinese seemed to have paid dividends and he was scoring many goals in a very defensive League and Udinese owed their relatively high place due to his exploits.

In fact he was the League’s top goalscorer until Platini overtook him in the second half of the season. In the end Platini scored one more goal (20 to 19).

The surprise for Juventus was the emergence of the young Beniamino Vignola who at first seemed unlikely to break into the first team, but as the season wore on he appeared more and more. His progress earned him a spot on Italy’s 1984 Olympic squad held in Los Angeles that year.

Both Juventus and Roma also reached European Cup Finals, with Juventus topping off their excellent season by triumphing in the Cup Winners Cup vs. Portugal’s Porto, while AS Roma were defeated in a penalty kick shoot-out vs. Liverpool at their home ground of Stadio Olimpico.

In a way this defeat started the decline of that fine Roma squad. In the offseason, Swedish manager Nils Liedholm departed to AC Milan, ending a cycle.

Their only consolation was in winning the Coppa Italia vs. Verona at the end of the season.